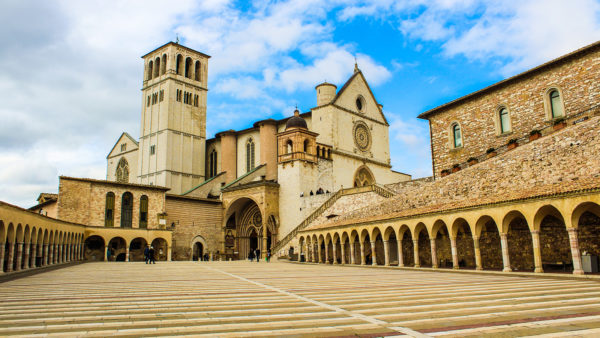 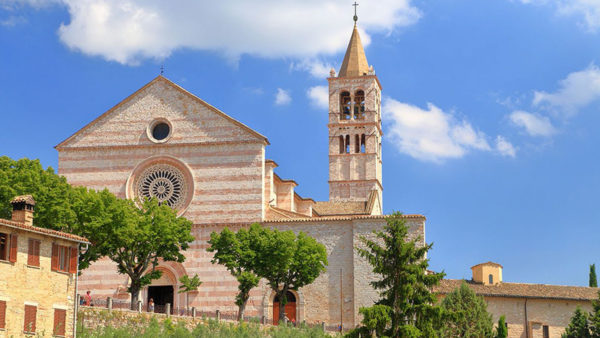 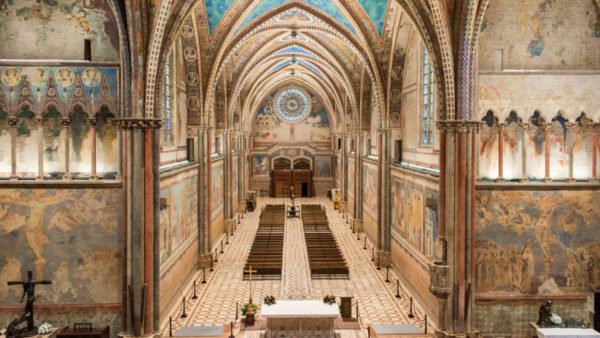 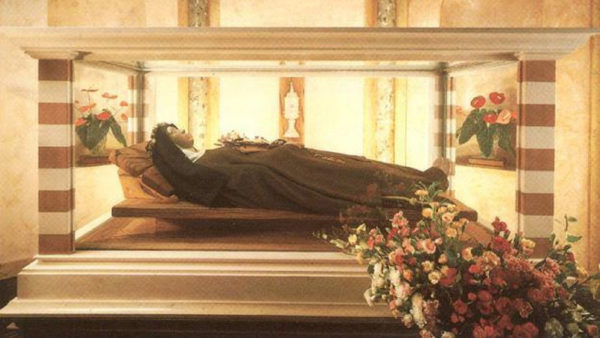 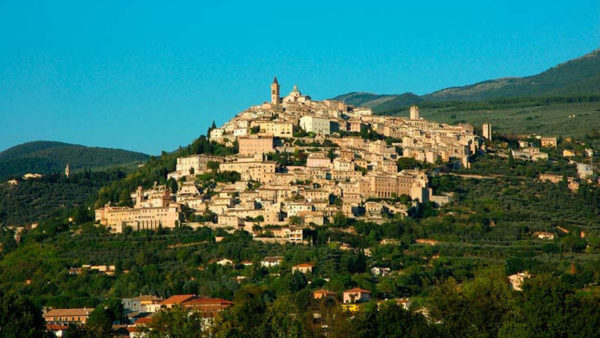 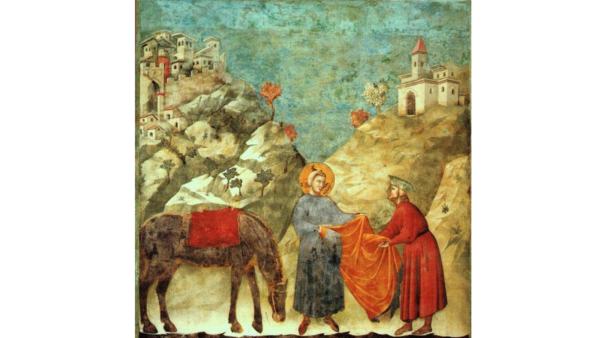 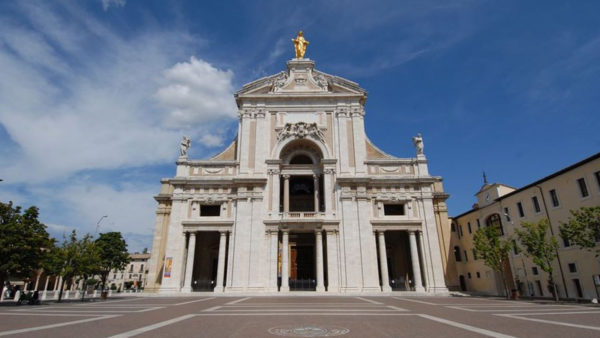 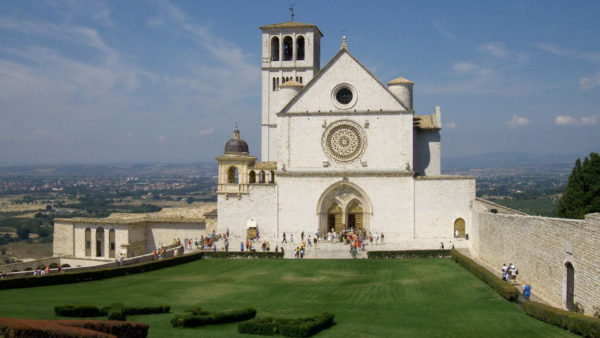 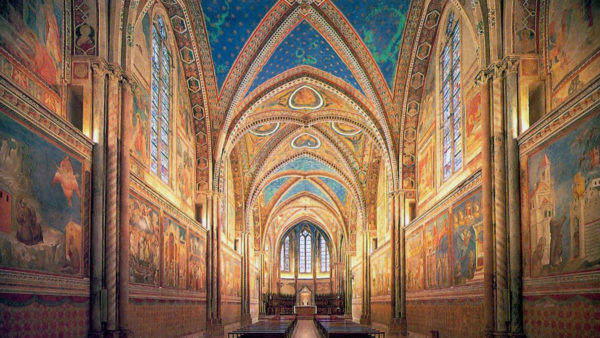 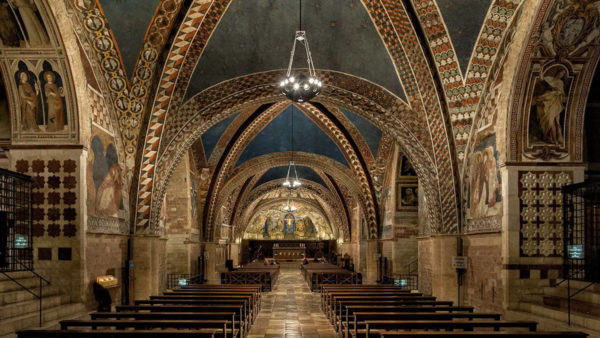 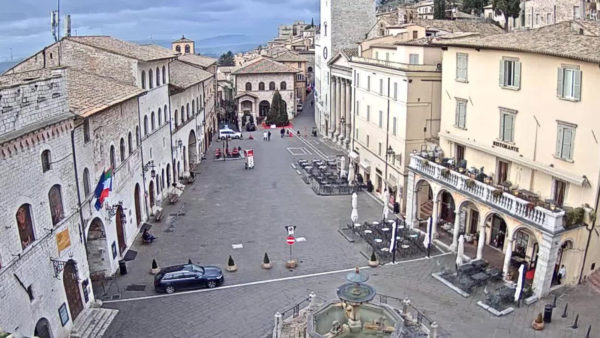 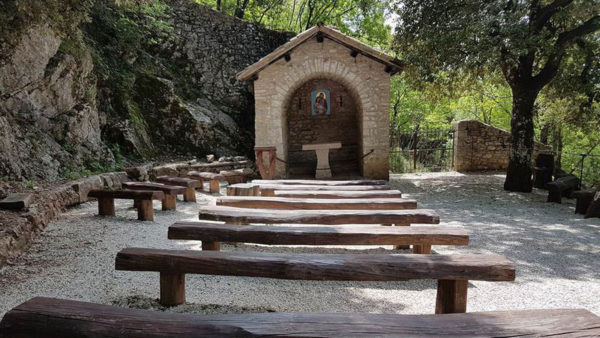 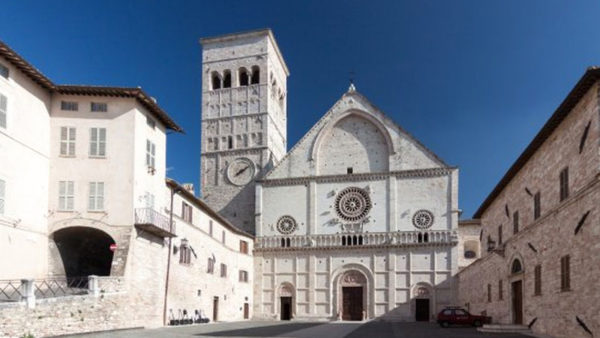 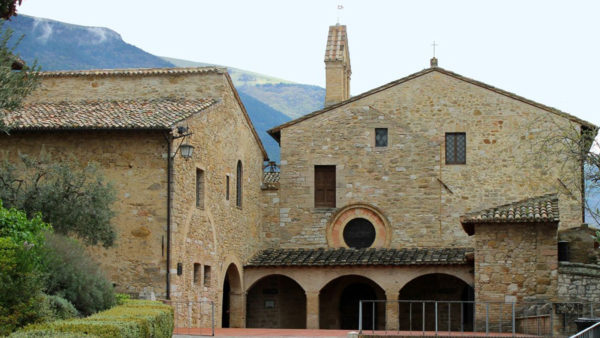 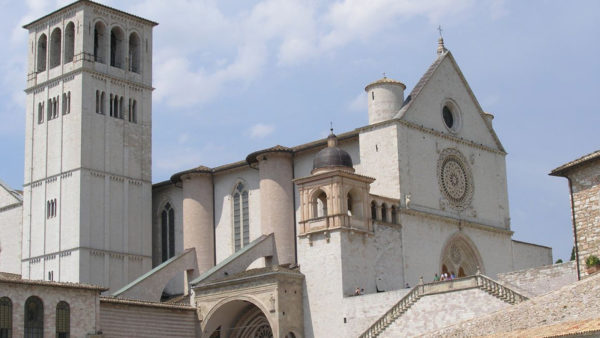 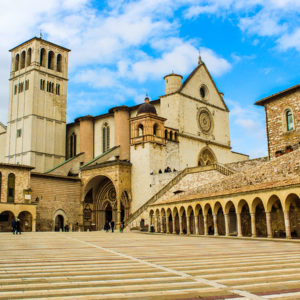 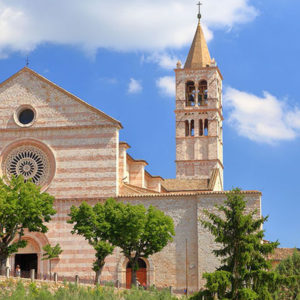 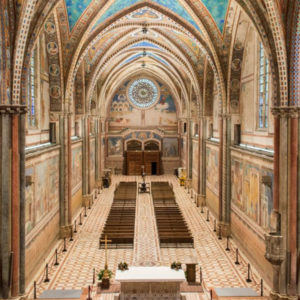 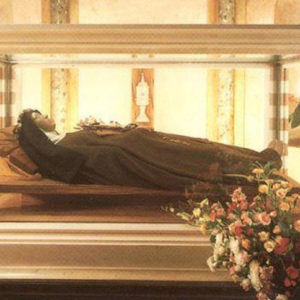 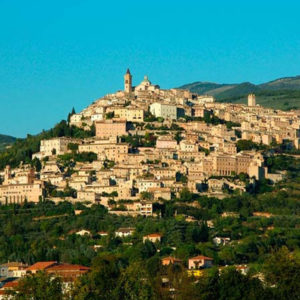 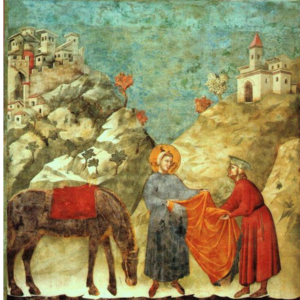 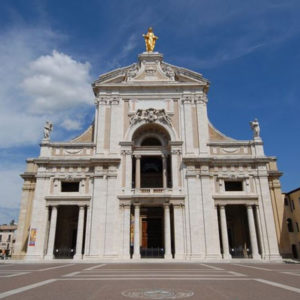 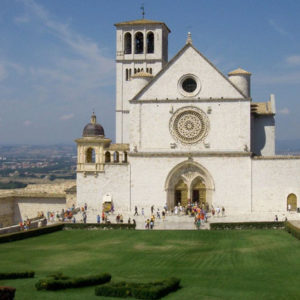 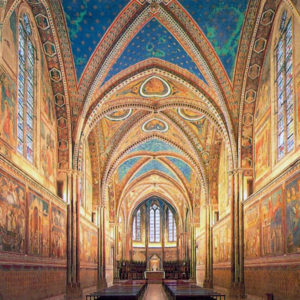 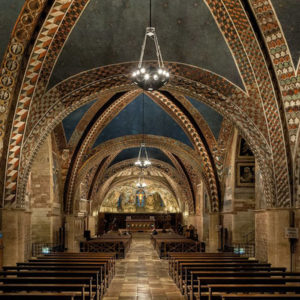 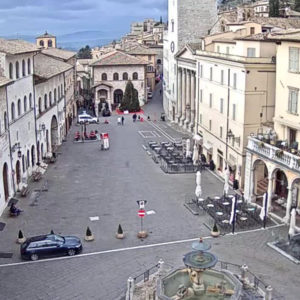 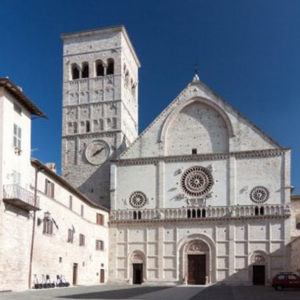 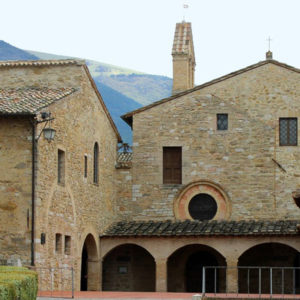 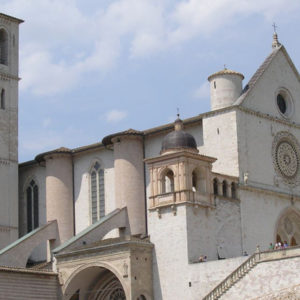 The one-day trip to Assisi and the Basilica of St. Francis is available only in summer and includes:

* Only from centrally-located hotels (NO B&B)

The tour is available on Mondays and Saturdays (only in Summer)

Every year, almost 400,000 tourists visit the Basilica of St. Francis of Assisi. Thanks to our “skip-the-line” ticket you will completely enjoy your time and fully experience your tour, without stressful and long queues to buy tickets.

Habemus Tours will make you discover Assisi, a small medieval village perched on top of a hill that overlooks the Umbrian Valley and linked to St. Francis, considered one of the most beloved and revered saints even outside Italy. You will surely be impressed not only by its artistic beauty, but also by the atmosphere of these places, full of history, art and faith.

Assisi has many characteristic corners: for example, in “Piazza del Comune” you can visit the Temple of Minerva, a true jewel of ancient art from the first century BC. Although it was built during the Augustus time, its facade is still perfectly preserved, as well as its Corinthian capitals, columns and pronaos (a part of the Greek and Roman temple, made up of space in front of the Templar cell).

You will have the opportunity to visit several places related to St. Francis life, such as: The “Eremo delle Carceri” (The Hermitage) the “Basilica di Santa Maria degli Angeli” or the “Chiesa Nuova”.

This church was built in the 17th century right on his birthplace; in fact, the “Oratorio di San Francesco Piccolino“ is the place where, according to legend, he was born.

Our tour will continue to the “Basilica di Santa Chiara”, a church in Gothic-Umbrian style that was built immediately after Saint Clare’s death. Inside the Basilica her remains are preserved, as well as the famous wooden Crucifix that, according to legend, spoke to St. Francis in the “Oratorio di San Damiano”.

Obviously, our tour will include the visit to the magnificent Basilica of St. Francis, where his remains are preserved. It was built in the 13th century and it is composed of two different parts: The “Chiesa Inferiore” (Lower Church) has a Romanesque style, characterized by cross vaults and barrel vaults which are low; on the contrary, the “Chiesa Superiore” (Upper Church) is built in Gothic style, so it is high and bright internally.

You will admire the wonderful paintings of extraordinary artists, such as Cimabue, Simone Martini, the Lorenzetti and Giotto, who painted the famous 28 frescoes that tell St. Francis’ life. You will learn about the stories behind these masterpieces, for example that one related to the painting in which Giotto represents a vision that the friars had while St. Francis was praying in the Church of St. Rufino: The Saint appeared to his companions on a chariot of fire.

Any cookies that may not be particularly necessary for the website to function and is used specifically to collect user personal data via analytics, ads, other embedded contents are termed as non-necessary cookies. It is mandatory to procure user consent prior to running these cookies on your website.